Satire: CCPH is doing everything right

Therapy dogs can cure all 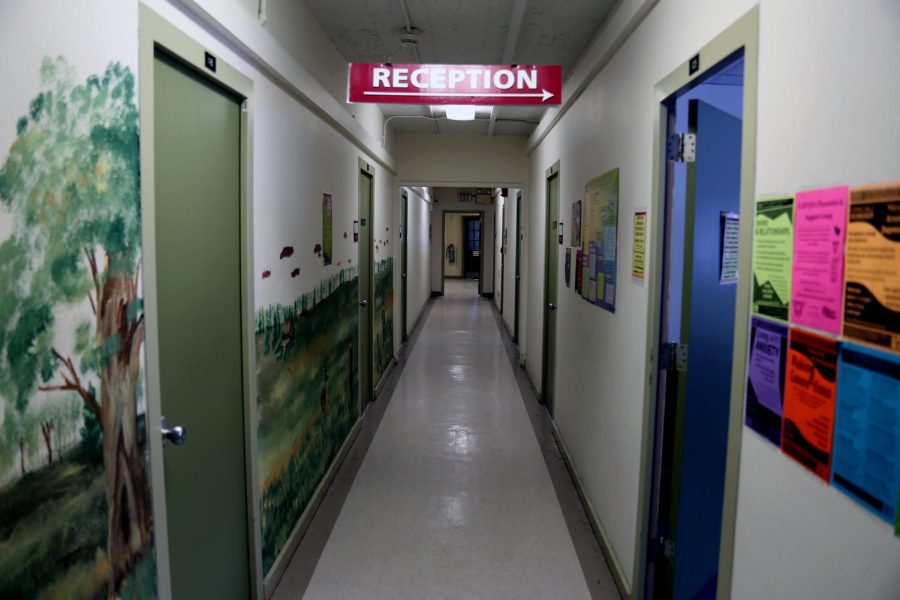 It has been just over a week since students returned from spring break, and slowly but surely, life is returning to normal. Mask mandates have been lifted, daylight savings time has been canceled, and warm weather is coming back around. Spring is in full swing.

Despite all of this, it appears that students are still not happy with the quality of treatment being provided by the Center for Counseling and Psychological Health (CCPH) at the University of Massachusetts. Many feel that CCPH is not doing enough to help students cope in “difficult times.”While this makes no sense, Collegian reporters entertained these thoughts by speaking with several students who had complaints to file against the University.

Freshman Brooke Enn says that she had a difficult time with the transition from high school to college in the middle of a global pandemic. She tried to schedule a meeting with a counselor at CCPH but was unhappy with the response she received.

“I tried to call in and make an appointment with CCPH and they told me the next available one is in May of 2026. I’ll be done with school at that point,” Enn said. “Though who knows. If the depression is still there, maybe I’ll be around.”

It remains unclear whether Enn has the authority to diagnose herself with depression. In light of these allegations, we sat down with licensed therapist Dr. Un Able at CCPH to get to the truth.

“If she’s really that concerned with her mental health she should just go to UHS with a rash,” Able stated. “They’ll give you antidepressants and we don’t need to listen to your entire life story. Neither one of us has time for that.”

Junior Missy Rable also had complaints to file with CCPH. She claims that the quality of therapists being provided is not up to her standards.

“I was finally able to make an appointment, but I only had 15 minutes to tell the therapist my entire life story,” Rable said. “About three minutes in, it became clear that he wasn’t listening to me or taking any notes about what I was saying, but I needed to get some things off my chest, so I just went with it. I’m like 90 percent sure he was playing Candy Crush the entire time.”

“Okay, first of all it wasn’t Candy Crush, I was doing the daily Wordle,”  Able commented. “And second of all, what’s the point in writing things down? I’m never gonna see her again. She’s not going to be able to make an appointment for a long time.”

It is clear that Able is thinking about what is best for each of the students he interacts with. Rable’s case, however, was not an isolated incident. It appears that there are other students who are unhappy with the quality of their CCPH sessions, including sophomore Som Burr.

“Well the appointment started with a brief introduction and me talking about why I came in. But it seemed like something I said really resonated with him,” Burr said. “He got really emotional and started talking about his childhood and his broken family. By the end he was crying on the couch and I was comforting him. He seemed to need that, but I left with more problems than I went in with.”

“Look, it has been a rough couple of days,” Able said. “I have had to talk to so many isen-bros. I tried to make an appointment at CCPH, but they were all booked for the foreseeable future. Someone should really look into that.”

Upon attempting to leave Able’s office after conducting the interview, Collegian reporters were told that their meeting would count as one of their free therapy sessions. While walking out, reporters caught a glimpse of Able looking up “Am I Depressed” Yahoo! Answers. It is clear that he wants to truly understand the minds of those he is treating.

At this point, we would like to take a minute to provide information for students who are experiencing mental health issues. Students who are struggling with their mental health are encouraged to make an appointment with CCPH by calling when they open at 9 a.m. Students should be prepared for the receptionist to tell them that the next available appointment isn’t for a while. On the off chance they are able to secure an appointment, students will receive an email with all the information they need to prepare for their 15 minute time slot.

Students should keep in mind that tissues are not free, so if they intend on crying, they should bring their own tissues unless they are willing to pay the $0.05 tissue tax. Additionally, students will only receive one free hug or one minute of sympathy from their counselor, so they must use it wisely.

It’s time for students to stop complaining about CCPH and start being grateful for all of the services they are providing. They are doing the best they can do with the minimal amount of effort they are willing to put in. What more could we possibly ask for?

Asha Baron can be reached at [email protected]