As freshmen, Fu and Singer look to bring new perspectives to the SGA 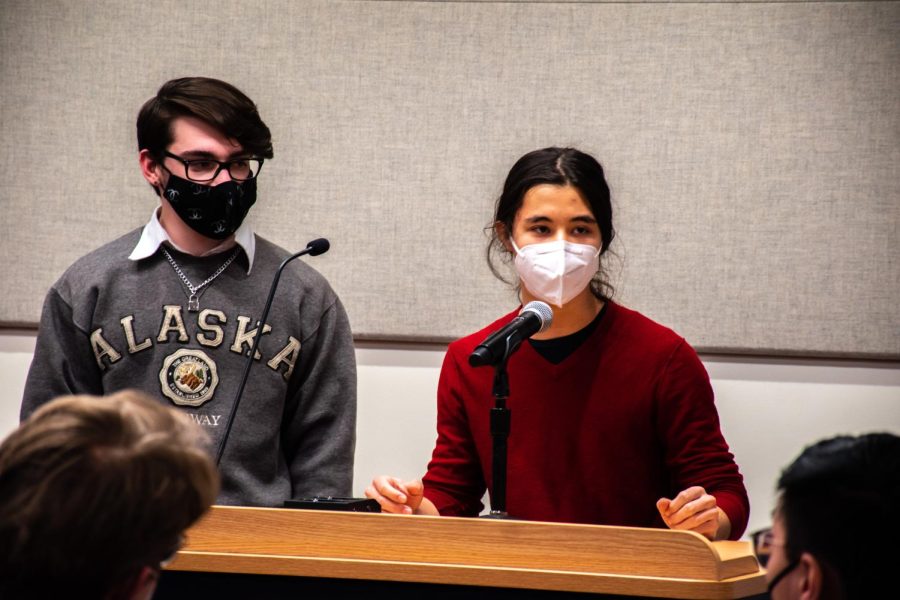 The University of Massachusetts Student Government Association is holding elections for the 2022-2023 school year from March 1-4. Freshmen Julian Fu and Toby Singer are running on a joint ticket for President and Vice President, respectively.

Fu, an economics major, is the House Council President for Mary Lyon, Knowlton and Crabtree Halls. He is also the social media marketer for the Entrepreneurship Club and involved with Badminton Club.

Singer, a management major, originally planned to run for Senate, but decided instead to become Fu’s running mate after the two became friends living in the same dorm. Although they are first year students with no prior SGA experience, they view that as a potential asset to the job.

“I think we offer a unique perspective as freshmen,” Fu said. “Sometimes you just get used to things that shouldn’t be normal, just because you’ve experienced them for so long. So, I think being new to campus gives us a lot of fresh perspective.”

Singer added, “We’re trying to design the student experience in a positive way. And part of the design is being able to fully understand the problem. So, I think having as many perspectives as possible is key.”

If elected, their main goals include better addressing social issues, increasing funds for Registered Student Organizations and raising general awareness about the SGA around campus.

Fu believes that as a platform for supporting students, SGA should be more outspoken on issues such as sexual assault at fraternities, the racist emails sent last semester and the current conflict in Ukraine.

“To me, one of the things that the SGA can do and should be doing is addressing students’ social issues in a better way than the administration can,” he said.

Fu and Singer’s plan on increasing funds for RSOs is by making the work of the means and ways committee, which sees RSO budgets and distributes funds, more transparent and efficient.

“It’s incredible how much importance that relatively small group of people has in affecting student activities,” Singer said.

The two were also in favor of the SGA’s recent decision to increase the Student Activities Fee.

“The only time I hear the SGA mentioned is a complaint from those clubs, that they’re not getting proper funding,” Fu said.

Despite whatever the outcome may be, Fu and Singer are determined to make the work of the SGA more known around campus.

“Last year, there were only 700 people that voted for the winning candidate. And that’s out of [over] 20,000 people on campus. And so even if I don’t win, as long as I just get the SGA name out there, that’s pretty important to me,” Fu explained.

If elected, Fu and Singer also plan on holding major events where students can come learn about the SGA and meet its members.

Voting for the 2022 SGA Spring Election opens on March 1 at midnight and closes on March 4 at 5 p.m. on Campus Pulse.

Kami Nguyen can be reached at [email protected]