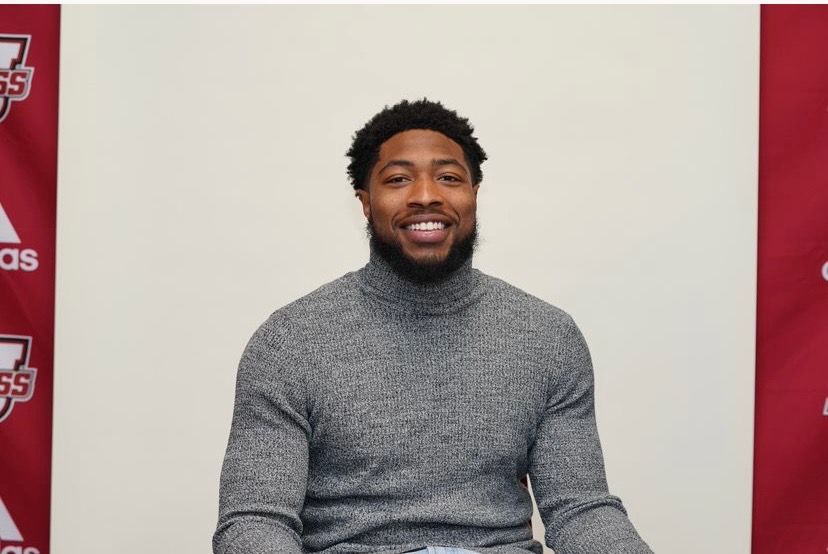 A look at Ellis Merriweather beyond the football field

Number seven on the University of Massachusetts football field is easy to find. A massive running back who consistently pummels defenders to the ground. Despite rushing for a UMass team that struggled all season, winning one game, Ellis Merriweather proved himself as one of the best players in the program.

At 6-foot-2 225-pounds, he rushed for over 1,100 yards and five touchdowns despite playing on one of the worst scoring offenses in the country. Merriweather developed an identity as a powerhouse running back and an elite athlete.

Aside from his football ability, the public doesn’t know much about who Merriweather is, and what he’s like when he’s not stiff-arming defenders to the turf.

In January of 2021, Merriweather virtually attended the Black Student Athlete Summit, which encourages Black student athletes to make the most out of their college experience, beyond whatever sport they play.

“Basically, the biggest thing that I really learned from [the Summit] was just that I’m more than an athlete,” Merriweather said. “Because as much as we all want to think that we can play forever, time goes by pretty fast.”

Merriweather was told to start thinking about life beyond football, a thought that didn’t take up the headspace of a highly competitive athlete trying to make it to the next level.

“It was probably a life changing experience,” Merriweather said. “There’s a lot of things we’re not told, and especially as Black student athletes because we have a lot of people who don’t look like us in charge telling us how we’re supposed to move.”

These experiences helped him join groups he was interested in since arriving at UMass in the summer of 2020. Merriweather is one of two football players on the Student Athlete Advisory Committee (SAAC). Him and the other student-athletes on the committee talk directly with the athletic department about what can be improved for their teams, also promoting mental health for other student-athletes among other responsibilities. He’s also a leader at Peak Performance, a club on campus that focuses more on mental health for athletes and how to better their mindset for the highest level of performance when competing.

In less than a year at UMass, Merriweather found himself as a captain of the football team and in leadership roles of multiple clubs. While the Black Student Athlete Summit helped shape his perspective, it doesn’t tell the complete story of why Merriweather is who he is today.

During Merriweather’s teenage years, every Sunday included church, followed by a bible study later in the evening. Eric Merriweather, Ellis’ dad, sat Merriweather and his younger brother Elijah down in the living room to educate them on bible verses, or Christian books and movies.

Eric relayed the religious messages into life lessons, like respecting elders, building relationships and the right things to do when they have families someday. The Bible studies would last about an hour, partly because of the content Eric showed the boys and partly because Merriweather and Elijah were curious.

“To dumb it down, [The Bible] is just about being a good person,” Merriweather said. “When you are truly living by [The Bible], it can’t lead you wrong.”

“Me and Ellis move every day with a lot of the stuff our dad talked to us about,” Elijah said.

Before playing football for the Minutemen, Merriweather spent two years at the JUCO level with Garden City Community College in Kansas. Central Kansas was a culture shock for a kid that grew up over 1,100 miles away in northern Atlanta. While Garden City served its purpose by getting Merriweather to a Division-I football team, it added a few other benefits. Merriweather formed one of the tightest bonds in his life and made the Dean’s list after his first year.

He met Taishan Holmes, a defensive tackle who also went from Garden City to UMass. After the first conversation the two had together, they knew they there was a real connection.

“For a good period of time [Merriweather] was the person I could come and talk to as far as mental health,” Holmes said. “Just because I knew he understood … he always knew the right things to say, and he was always trying to better himself and elevate himself and his mindset.”

The Dean’s list is a good achievement for anyone, but the reason it was so impactful for Merriweather was because he and over half his other teammates who made the list were presented with an award. Seeing so many of his teammates earning good grades while playing football was a wake-up call. Merriweather wasn’t pleased with doing just as much as his teammates, he wanted to do more.

After two seasons in Kansas, Merriweather and his now former UMass teammate, Holmes, headed to Amherst. But before Merriweather officially enrolled at UMass, he was on a tour around campus. One of the people showing him around on that tour was Solomon Siskind.

A former football player who didn’t see the field during his years with the Minutemen, Siskind made a much greater impact off the field. He was a member of SAAC before Merriweather was. He also presented research at the Black Student Athlete Summit that he and another former UMass athlete found on the Black student athlete experience at UMass. On top of that, he helped create the Northeast Black Student-Athlete Summit.

“It started off with him being willing to share his experience, and a natural curiosity to be better, be great,” Siskind said of Merriweather. “He wanted to be great, I think the trouble was not knowing where to look and what opportunities there were for him.”

Merriweather soon saw everything Siskind was doing off the field and wanted to follow in his footsteps. During water breaks at practices, Merriweather picked Siskind’s brain on what he was doing.

“Solomon has definitely been a tremendously influential person for me,” Merriweather said. “I have so much respect for him, he’s like a big brother to me … It was my first time in the University, and I was really trying to find somebody that was on the type of same mission as me and somebody that I could learn from.”

Another important person for Merriweather during this time was Amanda Ekabutr, the Director of Student-Athlete Development and the Diversity and Inclusions Officer at UMass until October 2021.

Ekabutr and Merriweather’s relationship started to grow when Merriweather called her while he was stuck in Hotel UMass quarantining during the COVID-19 pandemic. Merriweather vented about the stresses of the pandemic and the racial injustices in America surrounding George Floyd and other Black people who were killed during 2020.

“She really listened,” Merriweather said of Ekabutr during those phone calls. “She didn’t try to talk too much, she just tried to listen to me and understand … It was just that she was there for me.”

Those calls grew the connection that eventually led Ekabutr to recommend the Summit to Merriweather.

If one happens to attend a women’s lacrosse game, they could spot Merriweather in the press box. This spring, Merriweather interns for the Athletics Department at UMass as a sports information intern. He keeps stats at all the women’s lacrosse games, which immediately update on the UMass athletics website. Before that, he was courtside at the men’s basketball games taking photos.

“A lot of people in Isenberg are taking classes to learn about and hopefully have a chance to do what I’m doing right now, I don’t take it for granted,” Merriweather said about his experience in his internship.

Since Merriweather receives credits for the internship, he doesn’t have to take classes this semester, allowing him to put more focus on football and becoming a mentor for his teammates.

“Okay now they know who I am, what can I do to be a better leader,” Merriweather said. “Whether it’s in the locker room, whether it’s taking a certain teammate out spending the day with him … Understanding that we’re more than athletes and building those relationships is what allows me to [be a better leader].”

Though there weren’t official captains last season, everyone in the locker room knew that Merriweather was a team leader.

Merriweather enters his last season of eligibility at UMass comfortable in his role, but isn’t done expanding. All his experiences and relationships allow him to continue being a dominant running back and a great leader for the Minutemen.

The experiences also allow him to get a postgraduate certificate from the Isenberg School of Management and to continue being a leader at SAAC and Peak Performance. Merriweather is also heading down to Texas to go to the Black Student Athlete Summit in person this year, to learn more about what has driven him since the last Summit: being more than an athlete.

“I had to grow into this role, it wasn’t like I felt this way when I first came [to Amherst]. It was other people saying they saw things in me.”

Joey Aliberti can be reached at [email protected] and followed @JosephAliberti1 on Twitter. 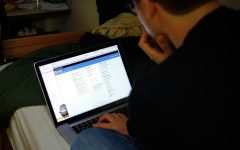 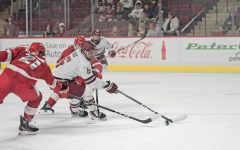 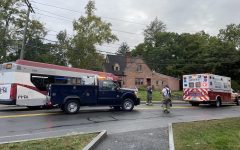 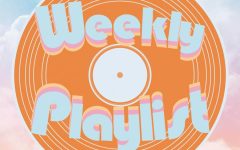 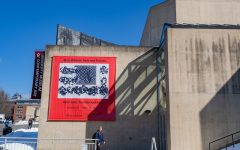 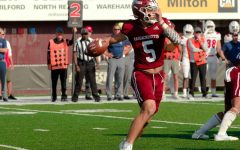 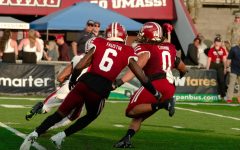 McCarthy: UMass’ defense does exactly what it needs to do, but doesn’t have any help 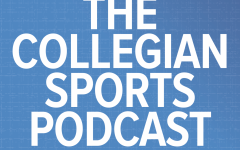 A few UMass football positional grades, along with breakdown of UMass 28-0 loss to Temple 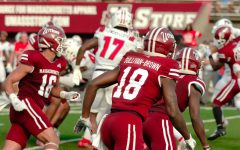 Depin: Grading every position for UMass Football through September 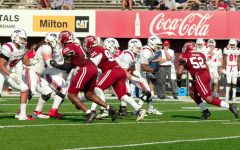 UMass will celebrate Pride Day against Liberty on October 8