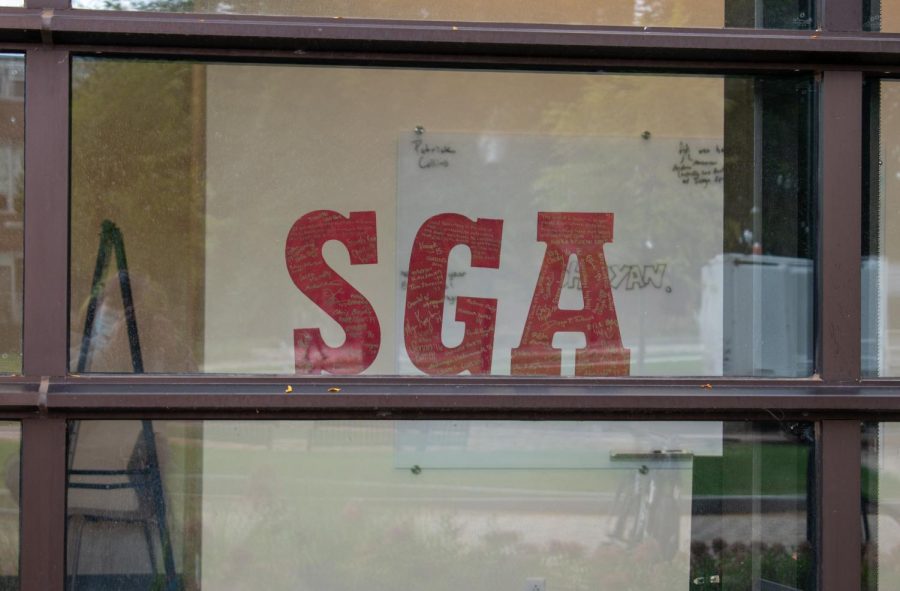 Funding for RSOs comes directly from the SGA, and every year RSOs must complete a detailed list justifying their funding. Their request then must be approved. This is all directed through the ways and means committee within the SGA.

If an RSO is not satisfied with the amount of money they were allocated by the SGA, they can appeal. Many student organizations have complained about the entire process, noting its inefficiency.

“I’ve had many people reach out to me,” Goodine said. “Because they feel the appeal process is pointless.”

This year, the men’s club soccer team budget was not approved. Goodine noted that they only received half of what they normally do, because the group failed to fill out a certain part of the budget request form.

“The cause that was sighted is that the cost breakdown was insufficient,” he said. Goodine made the case that the directions on the form were not clear and the section they forgot to fill out was written as a “tip” rather than a requirement.

“Obviously this was a little frustrating,” Goodine said. “If you want it you need to ask for it.”

Goodine also mentioned his struggles with the appeal process. “I appealed this because the decision made originally was wrong based on a document,” he said. The ways and means committee held a meeting on a Sunday to discuss the case of the men’s soccer team, but also other appeals that had been presented.

“Maybe there was room for change,” Goodine said. However, he felt that the decision had already been made before he walked into the meeting room on the following day.

At the beginning of his speech, Goodine introduced himself as the president of the men’s club soccer team, which he is still listed as on Campus Pulse. However, as some senators pointed out, Goodine’s status as a graduate student means he is not officially allowed to be the president of an undergraduate RSO. The senate was also concerned with a graduate student speaking on behalf of the undergraduate community.

“I don’t think this is strange or this is unusual,” Goodine said regarding his experience. “I think this is an opportunity to forgive a mistake.”

Later in the meeting, the SGA voted on the nomination of 12 different positions. Notably, Zachary Bhattacharjee, a sophomore political science major, was elected to be the next secretary of the registry.

Bhattacharjee, who took the spring semester off, zoomed into the meeting from Virginia where he is currently based with the U.S. Army.

“I didn’t have my phone or any outside communication until March 11,” he said, so he wasn’t able to keep up with the SGA throughout the spring semester. Regardless, as SGA President Shayan Raza pointed out, Bhattacharjee has been an active and involved member of SGA since he originally joined his first semester at UMass. “This is an exciting nomination for me,” Raza said.

“I thought it was a good way to make change at a very student-oriented level,” Bhattacharjee said as his reasoning for wanting the position.

Temporarily, Adam Lechowicz was also nominated as the Student Trustee. Lechowicz is a currently an undergraduate and is entering a UMass computer science Ph.D. program following his graduation this spring.

The SGA had trouble with the Trustee election this semester, as the original election was nullified due to nomination signature errors. Then the re-do election did not hit the required 5 percent student body voter turnout. Therefore, they will host an entirely new election in the fall.

“We need to make sure we get everybody to get to 5 percent,” SGA staff advisor Lydia Washington said.

Grace Lee can be reached at [email protected]