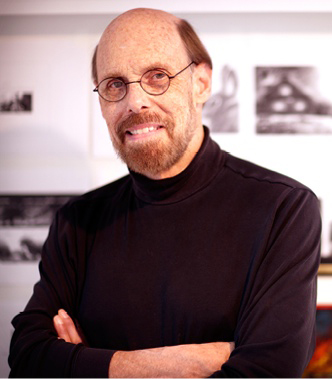 If you go into any children’s library, the chances of you picking up a book illustrated by Wendell Minor are extremely high, as he has designed over 2,000 cover books. On Saturday, Minor discussed his five decades in the publishing world at the Eric Carle Museum. The most famous children’s books he has designed for include “If You Were a Penguin,” “How Big Could Your Pumpkin Grow,” and “Reaching for the Moon.” He has also enhanced the book covers of well-known texts such as David McCullough’s “Truman,” Pat Conroy’s “The Prince of Tides” and Harper Lee’s “To Kill a Mockingbird.”

As a teen, Wendell was drawn to the arts participating in the newspaper and theater. His work ethic was evident then, working multiple jobs to support his art education. He delivered newspapers, worked in a slaughterhouse, was a stock boy in a department store and created displays at the local Sears. With this money, he put himself through school and graduated from the Ringling College of Art.

He published his first piece of art at 22 years old while working for Hallmark Cards. He had a brief stint in the advertising world before discovering it was not for him. Soon, he knew he found his life’s work when Paul Bacon, one of the most industrious book cover designers of all time, took him under his wing.

Minor expressed gratitude for being fortunate enough to land a job apprenticing Bacon not soon after moving to New York.

“He was my hero as one of the great book cover designers,” Minor said. According to a 2015 article by Alexandra Alter published in New York Times titled “Paul Bacon, 91, Whose Book Jackets Drew Readers and Admirers, Is Dead,” Bacon designed over 6,500 covers.

“Working under Paul Bacon provided me enough work for my portfolio and enough confidence to start my own freelance career and I’m grateful for the opportunity he gave me,” Minor said.

Minor carried over his love of learning and exploration into his works. His writings frequently integrate elements of teaching history and awareness of nature. He brought the lives of American history figures to life writing biographies. His natural inclination towards nature and history helped him cultivate relationships with many authors he collaborated with, such as Jean Craighead George, Mary Higgins Clark, Robert Burleigh, Buzz Aldrin and his wife Florence.

During his reflection, Minor shared the first drawing he made as a young boy: a picture of a robin. Throughout his illustrious career, Minor’s love of animals is apparent in his books.

He is especially fond of birds, for example. One of his most memorable covers combined his love of history and nature, illustrating the biography of Rachel Carson, an American marine biologist, writer and conservationist. Carson famously informed the public of the decreasing bird population size due to synthetic pesticides in her novel “Silent Spring.” At his reflection, Minor spoke of the similar unequivocal passion Carson had about the importance of preserving nature. “We are really taking environments for granted and it is unfortunate that these decades-long conversations haven’t caused more change,” Minor said.

Minor draws inspiration for his work from the painters he has studied as well as the natural landscape in his local area. This can be seen through the narrative and naturalistic style that he employs. As an illustrator, he is a “renaissance guy;” he can do everything from hyper-realistic detailed historical fiction to gentle, lighthearted children’s books that have a soft and playful aesthetic.

Minor often collaborates with a variety of other authors on a project. They talk about their common hobbies and ideas, and soon an idea for a new book will occur to them.

“I usually develop tight working relationships with authors I collaborate with. We work closely together from early concept to final project,” Minor said.

Silvey writes, “Few illustrators today pay as much attention to research as Wendell Minor. In every book he works on, he makes sure that he gets the minutest details right.”

One of Minor’s most productive collaborations is with fellow author, wife Florence Minor. They have created six picture books together which include: “If You Were a Penguin Book,” “If You Were a Panda Bear,” “Smitten with Kittens” and “How to Be a Bigger Bunny and Christmas Tree!” “If You Were a Penguin” has been highly acclaimed for simple read-aloud rhymes and sharp colors that are perfect for early learners.

The Minors donated their sketches and final illustrations for “How to Be a Bigger Bunny” to the Eric Carle Museum. This generous donation provides audiences with a unique opportunity to follow an artist’s creative process. Comparing sketches and final paintings provides insight into this process.

Minor’s work has won countless awards from the International Reading Association Smithsonian’s Notable Books for Children and placed on the Publishers Weekly’s Best Books of the Year. In addition to his collection being displayed at the Eric Carle Museum, Minor’s works are in permanent collections of such institutions as the Museum of American Illustration and the Library of Congress.

Samourra Rene can be reached at [email protected]