The UMass Comedy League brings the laughs to Herter Hall

In the most unexpected of places, the UCL puts on a show for every audience 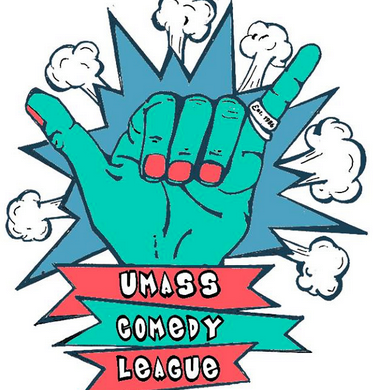 Courtesy of the UMass Comedy League.

It’s hard to imagine anything interesting going on in Herter Hall on a weekend night, much less anything remotely entertaining, amusing or funny. Luckily, humor crops up in the most unexpected of places. In a dimmed auditorium, lively, satire-laced theatrics play out between a crowd of onlookers when, for a night, Herter becomes the main stage of the UMass Comedy League.

UCL is an on-campus student organization dedicated to the art of laughter to the public, at no cost. Nearly four decades after establishing itself as early as 1986, the organization has held strong with three individual troupes underneath it: Mission Improvable, Toast and Sketch 22. Each has a unique performance style for spectators to enjoy.

Mission Improvable specializes in short-form, family-friendly improv games that engage audience members as they select the background, theme and scenarios. All of which the performers must skillfully embody at breakneck speeds.

Toast likewise follows an audience-driven, improvisational structure, but incorporates a long-form, narrative approach. By fielding requests from the audience, the performers push forward an ever-unfolding story to become not just actors but the characters themselves.

Finally, Sketch 22, as its name implies, is a sketch-based troupe where members perform material that they have written and rehearsed before showtime. But no matter who is in the spotlight, there is always something amusing to be seen.

However, while differing in their respective formats, there is far more commonality shared between these troupes, especially in the humor itself.

Here, students know first-hand about the daily antics, struggles, happenings and drama that occur on this campus. Their expertise makes it even more rewarding to see current events utilized by the troupes, who themselves are made up of students at the University.

“It feels like it kind of reflects our voices as college students because we do it best,” said senior finance major and Chairperson of the UCL Robert Shapiro. “We’re in touch, we’re experiencing it so it feels very authentic.”

These little moments of familiarity serve as a common thread among nearly everyone in the room. And while each of them has their own relationship to the campus and moments they look fondly, and not so fondly on, it’s always nice to look back and see something that reminds you what it’s like to be a student at UMass.

And if there is another thing college students, and these troupes, are known for, it’s messing around. Every act is a blitz of motion and dialogue that is nothing short of bright, animated and goofy.

“We, for lack of a better term, like dumbing things down. And we just focus on having a light-hearted, good time.” was how Andrew Hartnett, a senior Psychology major, and member of Mission Improvable described the atmosphere being created by the comedy troupes.

It’s humor that doesn’t take things too seriously or punch down but makes the stage a playground for the relatable to cross with the absurd.

Humor is essential, but what would a show be without its audience? In a performance, especially a comedy-based one, they are the lifeblood of the show. If they become passive or disinterested the show itself could stagnate.

However, within each of these shows, there is a genuine enthusiasm brought by everyone on stage to keep the show in motion. The banter between the performers — A line that shifts the current flow of the show into an unexpected new direction –or moments when the action moves itself offstage, and into the audience: there is always another moment to keep the viewers engaged.

It’s easy to assume a dynamic such as this would be one-sided, where only the audience benefits. That is far from the truth. According to Nadine Chidester, a freshman natural resource conservation major and member of Toast, the reactions from the audience bring even more energy.

“It’s so helpful to have audiences that laugh. We just feed off that, and I feel like it makes our performances better.”

There is synergy between those who perform and those who watch, where every action from one is somehow reciprocated by the other. Which makes the experience fun not just for the audience, but the performers as well.

“I think it’s always really interesting to see what they laugh at, and what we laugh at,” said Hanna Ditinsky, a senior English major and Sketch 22 member. “There’s definitely moments when they don’t laugh, but all of us are backstage laughing.” From there the audience starts to become something more than passive onlookers. “You really feel like they’re a part of it.”

With UCL, they are no strangers to change. Robert mentions that things have changed a lot since his freshman year on Mission Improvable. And as the audience continues to grow and evolve, he hopes that can better represent them, and the identities and perspectives they bring.

“Something we’re working on is trying to make it more diverse because we think all those experiences make for much better comedy. We want everybody to be able to come to our shows and see themselves reflected on stage and to be able to enjoy a laugh.”

But one thing always seems to remain consistent with all these troupes, is their dedication to their craft and creating a community through their comedy.

The UMass Comedy Leagues holds shows every Friday and Saturday in Herter Hall.

Jarius Kidd can be reached at [email protected] and followed on Twitter @jk_types.