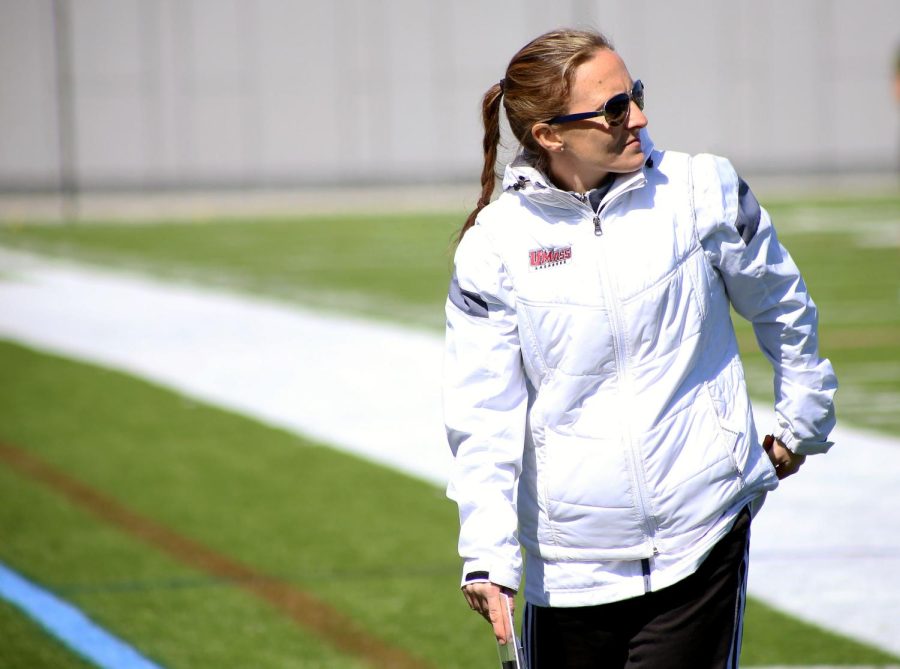 On Wednesday, the Atlantic 10 conference announced its end of season awards and Massachusetts women’s lacrosse head coach Angela McMahon-Serpone picked up the award for Coach of the Year, her seventh time winning this award in her illustrious career.

McMahon-Serpone is in her 12th year as the head coach of UMass (15-2, 9-0 A-10) and led the Minutewomen to an undefeated conference record and their 10th straight A-10 regular season title, excluding the 2020 season that was suspended due to the COVID-19 pandemic.

In 2013, McMahon-Serpone guided UMass to its first NCAA tournament win and in 2016, she became the winningest coach in program history, passing Pam Hixon. McMahon-Serpone has continued building on her prolific record as UMass’ head coach, totaling 191 wins as of the end of the 2022 regular season. During that 2016 season, the Minutewomen made history, going to the NCAA Elite Eight. She also earned A-10 Coach of the Year and got the same recognition from the Eastern College Athletic Conference.

This season is the second in a row that McMahon-Serpone has led the Minutewomen to an undefeated conference record. Last season, UMass won the A-10 regular season title but had its NCAA tournament cut short, suffering a 14-13 loss against Temple in the opening round.

McMahon-Serpone will take the field alongside her team on Friday at 11 a.m., looking to repeat as conference champions and earn a spot in the NCAA tournament, further cementing her into A-10 history.