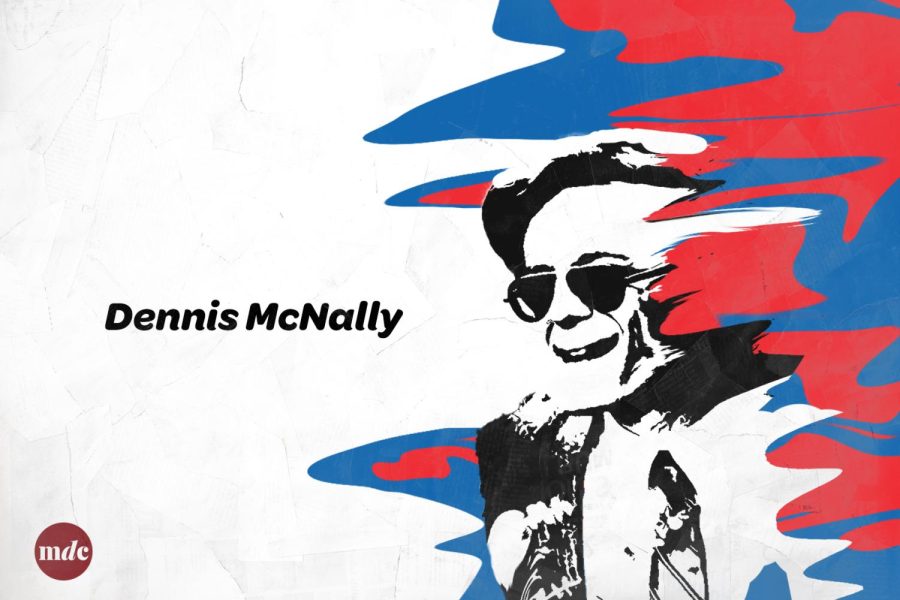 “And then I sort of schemed, how am I going to get in front of these guys?”

The human experience is a funny thing. Some are born into royalty, ruling from a throne. Some trek through hot deserts on camels’ backs to make a living. Others put on business suits and work for the corporate sphere. And some experience something else entirely.

Few can tell a tale that encapsulates so many aspects of the human experience such as University of Massachusetts alum Dennis McNally, who has lived many lives rolled into one; his story intertwines the social, political, economic, and deeply spiritual aspects of life.

After graduating from St. Lawrence and getting his doctorate in history at UMass, McNally achieved incredible success, becoming the Grateful Dead’s official publicist and touring with the band for years. How did McNally get here, and where is he going next?

McNally grew up all over the place. His father was a counterintelligence operative, and his family resided in Germany for about three years. Never settling down, McNally also lived in countless houses in the United States as a child, attending a total of 21 schools.

McNally’s mother died of cancer when he was just 11 years old. A shining example of fearlessness, McNally’s mother got her college education and landed a spot on the Dean’s List during her treatment before passing away in 1961.

“I had a great mom,” McNally said warmly in our interview. He recalled how in love his parents were, citing their marriage as an example of a relationship to look up to as a child. But after his mother had passed away and his father pursued ministry in Maine, McNally found it hard to connect with others.

McNally liked to read. This, along with the high school kids that were suspicious of McNally’s academic interests, left McNally alienated from his peers.

“I mostly spent the two years saying, ‘I’m gonna go to college and people there will read books and they won’t hate me for doing that,’” he said.

After attending St. Lawrence University in New York, McNally got his doctorate in history at UMass from 1971 to 1976.

“I had a great experience at UMass because I had wonderful teachers, great education, and emotionally grew up a lot, man, all the things that other people do in college, or maybe even in high school. I was a little slow,” McNally said, citing how it took until graduate school to find emotional intimacy with people.

When he finally found his troupe, he and his friends lived together on North Pleasant Street in downtown Amherst. McNally’s friend, Chris Byrnes, took him to his first Grateful Dead show in 1972 and even suggested that McNally write about the esteemed author Jack Kerouac.

McNally stayed in New York City to do research for the Kerouac book. “I finished the book, the first draft of my dissertation in ‘76 and moved to San Francisco,” McNally said, as many of his friends were living there at the time.

Plus, McNally wanted to go to more Grateful Dead shows around the area.

Three years later, “Desolate Angel: Jack Kerouac, The Beat Generation & America” was at last published. During his research, McNally realized how many connections there are between Kerouac and the Grateful Dead, so he mailed a copy to Jerry Garcia, Robert Hunter and the record label’s P.O. box.

“And then I sort of schemed, how am I going to get in front of these guys?” McNally said.

Because the Grateful Dead had an unlisted phone number, it was hard to track them down. But through the San Francisco newspaper’s edition of California Living, McNally connected with Eileen Law, the so-called mother of the band.

By 1980, the Grateful Dead hit their 15th year anniversary and were travelling to different cities, ending in New York City for Halloween. Law put together an event for fans to talk to Jerry Garcia about their experience being a Deadhead (a nickname given to Grateful Dead fans), which was “huge fun for all of us,” McNally said.

McNally admitted that in his attendance he had the ulterior motive of asking about the fate of his Kerouac book he had sent to the band. Whose hands did it end up in, if anyone’s?

“Jerry hopped up out of the chair and walked across the room and shook my hand and said ‘that’s the best biography I ever read,’ which was possibly the best compliment I ever got in my life,” McNally said. “Why don’t you do us?” Asked Garcia. Thus the long, strange trip began.

The obvious answer was yes. “I started working on the book and researched like a fiend for three years,” McNally said. Coincidentally, these series of events lined up to when the Dead’s so-called publicist had to leave. One staff member for the band brought up at a meeting that the phone calls were getting out of control.

“Get McNally to do it, he knows that s–t,” McNally recalled Garcia saying, “I’ll tell him what he needs to know, tell him to come up to the house.”

“It sounds ridiculous but it’s true,” McNally said while describing his experience going to the house. “I sat down, he said ‘now listen, the first thing you have to know is we don’t suck up to the press. That’s really about it. Here, smoke this.’”

In 1984, McNally began working for the Grateful Dead as their official paid publicist. He would receive about 60 to 70 phone calls a day, working 70 hours a week. And after just one year on the job, McNally married Susana Millman, a photographer whom he was introduced to through the Dead’s tape archivist Dick Latvala. Garcia walked Millman down the aisle and Bill Kreutzmann, the Dead’s drummer, was McNally’s best man.

At age 34, already professionally and personally immersed in the Dead’s sphere, he suggested going out on the road with the band.

“I went out on the road and I went to every Grateful Dead concert from, actually it was ‘83 until the end with few exceptions, two shows back to back when I went to see my daughter graduate college,” McNally said. “It was the job of a lifetime.”

“I sort of tried to hold the scene together for a couple of years. And then I kind of went back and reviewed everything that I had done already,” McNally said. He continued working on the Grateful Dead book which came out in 2002, entitled “A Long Strange Trip: The Inside History of the Grateful Dead.”

After his work in the Dead scene, UMass would have McNally back to teach guest lectures. In a meeting over lunch with one of the University deans, McNally mentioned to them how “you could make a whole school year in which every class use the Grateful Dead as its basis,” citing “electronic engineering, development of sound system, religion, literature, chemistry…and it would be legit,” he told me.

“The end result was the symposium,” McNally said. The 2007 UMass Grateful Dead symposium was brought to life with McNally as the keynote speaker, who said it was a great time. McNally focused on the Dead’s musical improvisation in his speech. Members such as Dan Healy, a Dead sound worker, and NBA player Bill Walton attended the weekend-long event.

“It was a family reunion too,” McNally said.

McNally still works within the music scene as a publicist for multiple artists and is currently working on a book about counterculture. It is apparent that McNally, by studying history, has created a beautifully contingent path full of unique experiences.

“When you’re a human being in your life, your life is a story… your experience of life is to tell a story,” McNally said.

“As a historian, you’re hopefully trying to write a single story that expresses some kind of consensus of all the stories of all the millions of people around, obviously, that’s impossible,” but history, as he defined, is an attempt to make “some kind of sense of life.”

While McNally has written impressive works about Kerouac, the Grateful Dead and Jerry Garcia, it is clear McNally has written quite a profound story for himself. Pulling back the curtain of history to reveal those behind the scenes, too, is worthwhile.

Caitlin Reardon can be reached at [email protected] and followed on Twitter @caitlinjreardon. 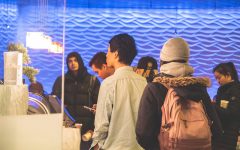 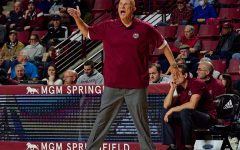 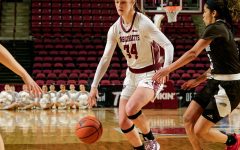 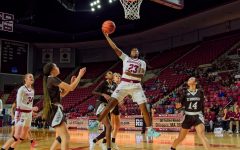 UMass starts conference play with a 74-51 win over St. Bonaventure 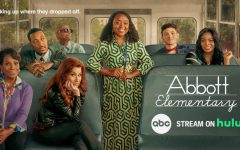 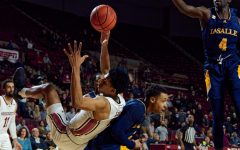 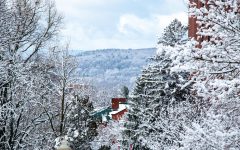