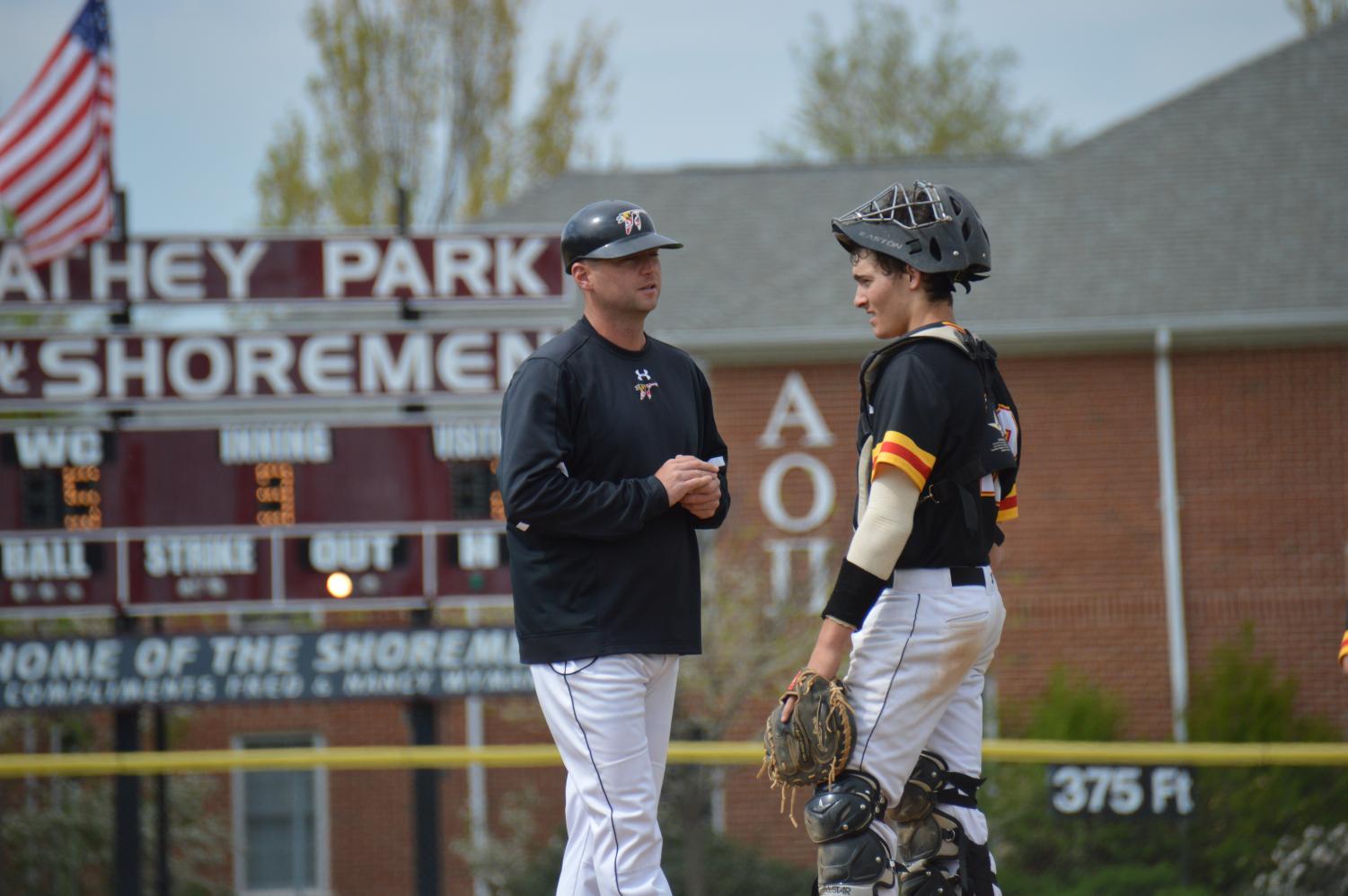 Reynolds is a former infielder for the Minutemen

Throughout his entire life, Matt Reynolds has dreamed of being the head coach of a Division I baseball program. When former Massachusetts baseball coach Mike Stone announced his retirement after 30 years in 2017, it was impeccable timing.

Reynolds had been dreaming of coming back to the Northeast for a few years, despite having great success as the head coach for Washington College. For the past three years, he helped the Shoremen to their highest win total in school history, totaling 26 wins in 2016.

“I was very fortunate to get this opportunity,” Reynolds said. “Just the marriage of not only coming back to my alma mater, but coming home to my home state [and] also just getting that very first opportunity to be a Division I head coach at a place that’s so special to me.

“It was really kind of a no-brainer for me, other than the fact that Washington was a really great place. Nothing but great things to say about my experience there, but this was certainly an opportunity I could not pass up.”

When asked about what it’s like to be back at UMass, Reynolds said he’s excited. He recognizes that it is a very exciting time to be at UMass, especially considering the academic profile of the school. This is something he has emphasized when talking to new recruits from the start.

After graduating from UMass in 2005 with a bachelor’s degree in communications, Reynolds joined Stone’s staff as a graduate assistant coach. He received a master’s degree in education technology in 2010, also from UMass.

Reynolds said that he is very honored and humbled to be the person who fills the shoes of Stone, but coaching with the 30-year veteran is part of what propelled him to want to take the job so badly.

“I would say certainly a lot,” Reynolds said of what he learned from Stone. “He was a great coach. I think the biggest thing I took away from him was just how he carried himself.

“He was very straight to the point with everyone, very honest with everybody and had very high standards for everyone. If you didn’t meet those standards for him, he wasn’t going to bend for you and he’s still a man of extremely high character and high moral values.”

Reynolds’ first official day as the UMass baseball coach was June 12, 2017. Eight months and 10 days later, he says the feeling still hasn’t sunk in for him, partly because he’s been busy trying to implement his coaching style and ideals, but also because it’s such a surreal experience for him.

At the same time, however, when he does have down time, he does think about what this means.

“We’re really excited,” Reynolds said. “Every once in awhile, I just take a moment to think, ‘Jeez, you’re the head coach of the school you went to right now.’ It’s really special and it’s something that I’m very happy about.”

Prior to Reynolds’ tenure at Washington College, he spent seven seasons as the assistant baseball coach at U.S. Naval Academy where he focused on the offensive side of the game, as well as infield and outfield defense.

While he spent most of his time with the team as a full-time coach, he also served as an active-duty commissioned officer. Reynolds, however, uses air-quotes to describe his position because he “wasn’t shooting guns or breaking people’s arms.”

But perhaps what he took from the experience is what is most important. Reynolds says that what he learned about the most during his time in the Navy was how people carried themselves and how they went about their business.

“For those guys, that’s a Division I program as well. So you’re talking about one of the most rigorous academic programs in the country along with being a Division I athlete. That would be too much for the average bird and then all of a sudden you’re in the military and you’re getting yourself ready for a minimum five-year active duty situation right after graduation.”

As for his coaching style, Reynolds went back to reference Stone in comparison.

“I too, like coach Stone, want to have high standards for our guys,” Reynolds said. “I’m not a yeller by nature, but that’s in there if need be. I want to be whatever the program needs me to be. I want to be able to adapt with the players we have, and we have a very talented team and a bunch of great guys.”

Throughout his conversations with players, Reynolds has said one of the easiest transitions he has made is with the freshmen that Stone recruited, along with assistant coach and recruiting coordinator Nate Cole.

“I’d say the biggest piece of that puzzle was that we were able to keep on Nate Cole, the pitching coach, and he was the recruiting coordinator,” Reynolds said. “He had as much a hand in recruiting the current freshman class as anyone, including Coach Stone. So I think that that helped a lot. Once I was able to meet [Cole] and talk to him a couple times…it was very clear that he was the guy for the job and we didn’t even consider anyone else.

“His presence has really helped with the transition — a little continuity and a little bit of comfortability for those freshman coming in. And for some returners it wasn’t going to be a complete change that [Cole] was going to be around. He’s been incredibly helpful to me, especially on the recruiting side, so we’re very happy to have him back as well as the rest of the staff.”

As a coach, Reynolds is making it his goal to bring a high level of energy to both games and practices.

“I can be emotional at times, I know Matt Reynolds the player played better when his hair was on fire. That’s probably why I’m bald,” Reynolds said with a laugh.

“I won’t be stomping around, yelling and screaming the whole time, but I want our team to take on that personality — that we’re there to win and it’s going to be an exciting environment and one that people are showing up for every day. We play a ton of games, we practice a ton — it’s a huge commitment, and if your blood doesn’t start coursing through your body when you show up at the field every day, it’s a commitment that can become very daunting and very boring. I think that part of my personality [is what I bring to the table]. I’d like to have hopefully infused that into the team.”

When asked about his coaching style, Reynolds perhaps put it best.

“You only get four years to play college baseball, so it’s a difficult situation for any player to switch coaches,” Reynolds said. “But they’ve done a great job of adapting to me and I think I’ve done a good job adapting to them. We’ve worked well together. It’s time to go at this point, we’ll see what we got.”

Zander Manning can be reached at [email protected]umass.edu and followed on Twitter @ ZMSportsReport. 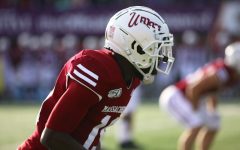 UMass will face its toughest challenge yet against Coastal Carolina 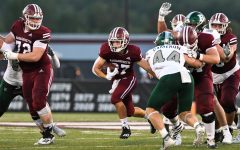 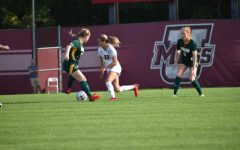 UMass looking to expand on offensive strengths against Rhode Island 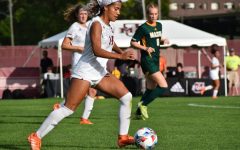 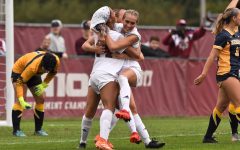 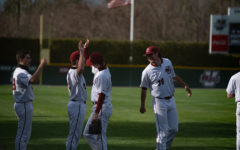 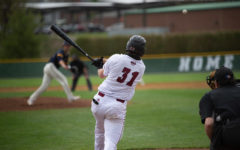 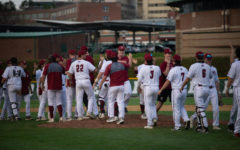 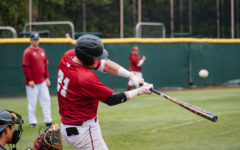 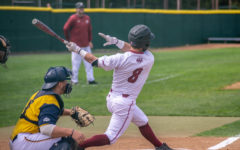