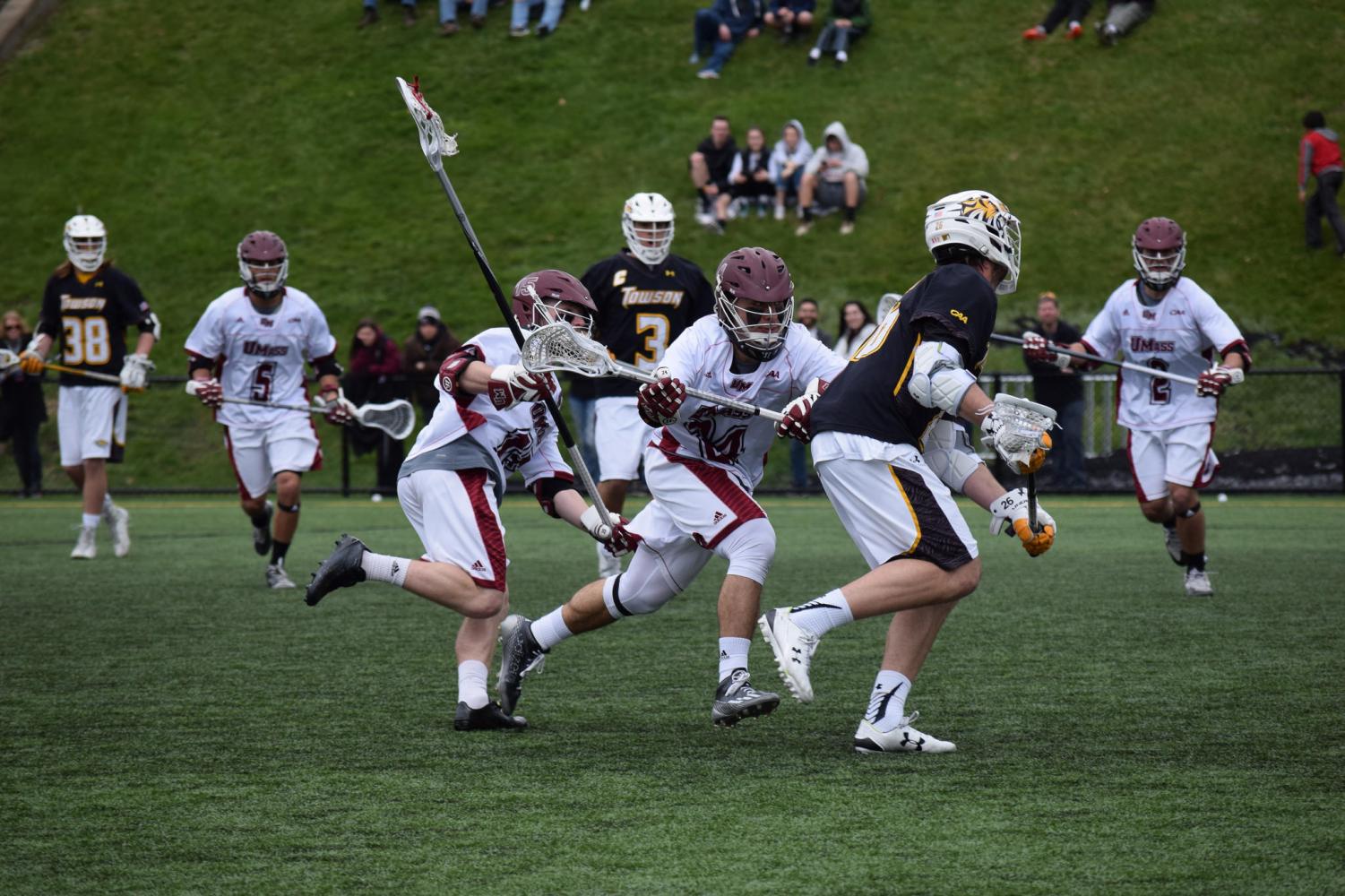 13th edition of the international tournament

As teams step onto the Garber Field turf to take on the Massachusetts men’s lacrosse team, they know scoring goals won’t be easy. The Minutemen finished 28th in the country in scoring defense a year ago, allowing just 10.07 goals per game.

The defensive unit helped carry UMass to the Colonial Athletic Association championship game, where it fell to a Towson team that would go all the way to the final four in the NCAA Tournament.

Two players who are heavily responsible for the success of the Minutemen defense are senior Luc Valenza and junior Isaac Paparo, who both started every game for UMass last season.

Their ability on the field earned them national recognition, and this past summer when coaches around the world were beginning to search for players to compete for their countries in the 2018 Federation of International Lacrosse World Championship, Valenza received an invite to tryout for Team Italy and Paparo the same for Team Israel.

51 years ago, the sport of lacrosse was considered a niche game. It was just beginning to grow in North America, spreading over to countries like England and Australia.

In 1967, the first Lacrosse World Championship was held, consisting of four teams—Canada, United States, England and Australia. The Mount Washington Lacrosse Club, representing the USA, would win the tournament, but when Australia decided to have a similar tournament seven years later to celebrate its lacrosse centennial, the USA sent an All-Star roster with players from around the country.

After seeing countries pull together true All-Star teams, the Federation of International Lacrosse was founded. The FIL sought to grow the sport around the world, and began hosting the Lacrosse World Championship every four years, similar to the Olympics and FIFA World Cup.

The tournament, which started with four teams, has grown each year, and this summer there are a record 50 countries expected to compete.

“There’s a lot of different countries playing now,” UMass coach Greg Cannella said. “I don’t even know how many. It’s amazing. 20 years ago there were like six. It’s really cool that it’s growing worldwide, you have a lot of people in the states going over, a lot of the different coaches for the teams, Team Italy, Slovenia, Israel, there are Americans that are coaching those teams. The American folks are helping grow the game which is awesome.”

Having been a four-year letter-winner for his high school team and possessing a love for the game, Paparo isn’t surprised with the sports growth.

“I’m not shocked at all that it is [growing],” Paparo said. “It should be. It’s one of the fastest sports on the field, it’s competitive, hard hitting if you want that aggression. I think it’s one of the best games there is. I think it should spread. More people, the better it will be.”

This summer will be the 13th championship tournament, and will be held in Israel for the first time from July 12-21. Only the United States and Canada have walked away as champions, with the USA holding nine trophies while Canada enters this one as the defending champions.

When Luc Valenza came to UMass as a freshman, he never imagined that he’d have a chance to play for a national team.

The senior defenseman played in just three games his first year, but saw an uptick in minutes his sophomore year, playing in eight games.

Valenza’s lack of playing time didn’t deter him, as he continued to work hard throughout the offseason, and was rewarded his junior year by starting every game in the back end for the Minutemen, grabbing 25 ground balls and adding an assist.

Cannella has been impressed with Valenza’s growth throughout his time with the Minutemen.

“He’s a guy who understands what [assistant] coach McDonald is asking him to do at this point,” Cannella said. “He’s been able to control his emotions and be a really solid defender and that’s what we’re counting on.”

His play earned him an invite to tryout for Team Italy this summer, an opportunity he jumped on right away. Though he grew up in Foxborough, Massachusetts, his Italian heritage allows him to compete for Team Italy.

The tryout was just one day, but a grueling one. Valenza was put through different drills for around five hours, where the coaches evaluated him up close.

The coaches took two weeks to ultimately decide their roster, and Valenza got the call that he had made the team.

“There was a two week wait,” Valenza said. “It was a little trouble for me, like man, I have to wait two weeks to hear back now, you’re killing me. Little bit of suspense.

“Once I heard the news I was pretty pumped,” Valenza continued. “I went down for the tryouts earlier this year, a lot of good competition. I knew the chances were slim but I was happy I pulled away with it.”

Being one of eight Americans on Team Italy, Valenza is excited to meet other international players. He is also looking forward to seeing Israel, the host country.

“I’ve never been anywhere over there,” Valenza said. “It’s like ‘wow, I’m all the way in Tel Aviv.’ All the way in Israel, it’s so neat. I can’t wait, I’m going to explore a little bit and have some fun.”

Valenza takes pride in wearing the UMass jersey, but getting the chance to represent a whole country is something every player dreams of. Italy is competing in the tournament for the third time, and is currently ranked No. 18 in the World Rankings.

Unlike Valenza, Paparo didn’t have to wait for his opportunity to shine at UMass.

Paparo logged minutes his freshman year as a long stick midfielder, making his presence felt on both ends of the field with two goals, three assists, 27 ground balls and six caused turnovers, earning him a spot on the All-CAA Second Team.

He started his sophomore year in the midfield, but Cannella moved him to close defense after five games where he set a UMass record for caused turnovers with 33 and grabbed 46 ground balls, the most by a Minutemen outside of faceoff-specialists.

His stellar play once again earned him a spot on the All-CAA Second Team, and heading into this year Paparo was named to the CAA preseason All-Conference team. The junior also showed the leadership qualities to have his teammates choose him to be one of three captains this season.

Paparo was invited to tryout for Team Israel this past summer, but the process of making the Israeli team was much more intricate than Valenza’s. Paparo flew to Israel for the tryouts, and made the first cuts where they narrowed the roster down to 40 players.

After the 40-man roster was assembled, Team Israel played in four scrimmages in the fall in order to determine the final team, competing against Boston University, Team USA, Towson and Maryland. Afterward Paparo was informed that he had been selected as one of 23 players to represent Israel in the World Championship.

“It was awesome,” Paparo said. “To be able to go over there and tryout with those guys, it’s a pretty talented team. [It was] pretty wild to be named on a 23-man roster.”

The Westport, Connecticut native is allowed to compete for Team Israel due to his Jewish heritage. The roster is made up of 16 Israelis, with the rest from either Canada or the U.S.

The junior is excited to get to learn from the other players and coaches and get a different perspective of the game.

With the games being played in Israel, Paparo understands the importance of the tournament and how much it means to be able to put on the blue and white jersey.

“I’m really proud to be able to represent that,” Paparo said. “It’s an honor. A small country like that, wedged in the Middle East it’s really important for them to stand their ground, be proud of who they are and I’m proud to be able to wear that jersey.”

With the sport of lacrosse growing by the year, Paparo hopes that having the games in Israel will only expand the interest of the game there.

While the tournament will be the last game of Valenza’s lacrosse career, Paparo will still have one more season with UMass afterward. The experience of competing with players from around the world will certainly benefit him before his final year with the Minutemen.

Team Israel is currently ranked No. 7 in the World Rankings, and with the games being played on their home land, Paparo is looking to upset one of the top teams and bring a medal back to the United States.

“Team Israel is shooting for a medal this year,” Paparo said. “That means we’re going for either [Team Iroquois Nation], Canada or the USA and try to knock one of them off. Being able to play any of those teams, even England or Scotland, it’s going to be a great experience heading into my senior year.”

When Cannella found out that two of his players had made their national teams, he wasn’t surprised due to their work ethic and growth they had shown in their years with the Minutemen.

Paparo and Valenza are hoping their teams end up in the same bracket in the tournament, but Paparo knows that if they do, he will keep his head up when crossing the midfield line knowing that the hard-hitting Valenza would be looking for him.

“We were talking about that,” Valenza said. “Hopefully someway if we’re in the same bracket, I told him I’m going to score on him. I hope you come up against me. I want to get one on him.” 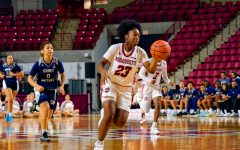 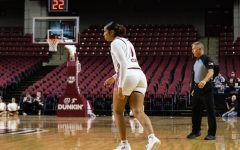 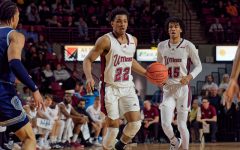 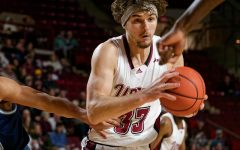 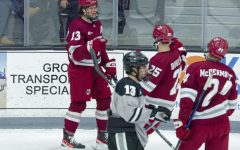 Seniors provide much needed scoring for UMass in win over Providence 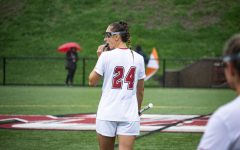 Bigger than a game: Olivia Muscella honors her mother on and off the field 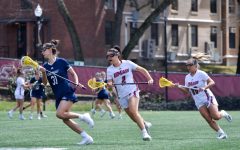 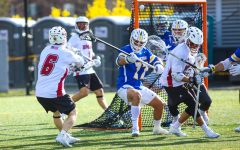 UMass one step ahead, defeats Hofstra 13-9 on the road 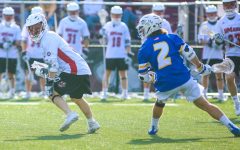 Aidan Kaminska an unlikely hero in UMass’ win over Hofstra 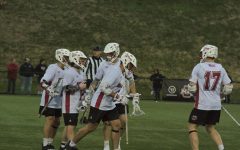