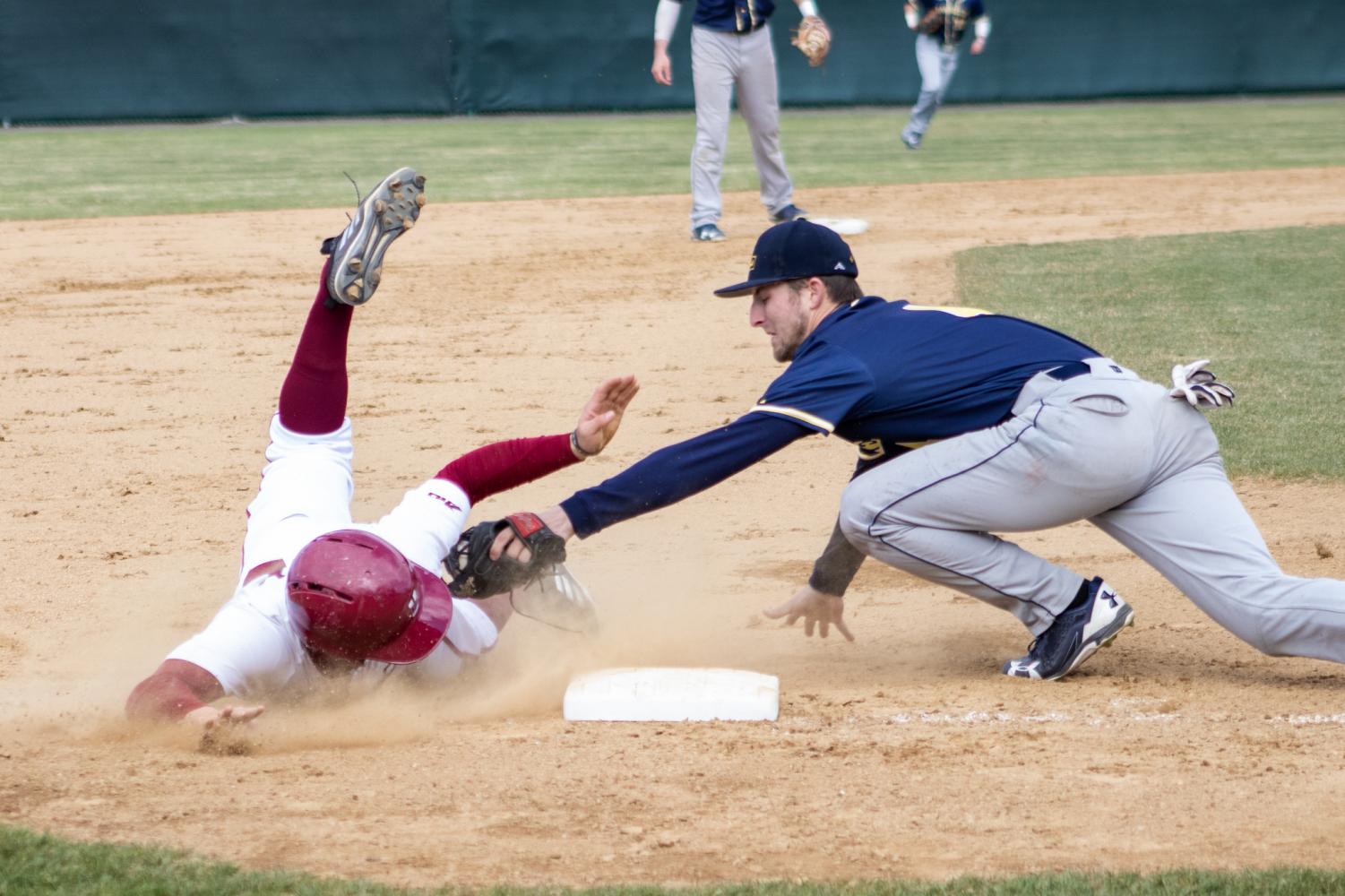 Nolan Kessinger builds on his breakout

Since Nolan Kessinger first picked up a bat and glove, there was a big question mark over whether or not baseball was the sport for him.

Participating in soccer, wrestling and at one point in time basketball, it was impossible for baseball to steal all of Kessinger’s attention. His doubts didn’t stem from the fact that he played two other sports — baseball was actually his favorite of the three — but he worried baseball wasn’t his best sport.

Kessinger made the varsity baseball team his freshman year at Algonquin Regional High School, but got demoted to JV halfway through the season.

Kessinger says it wasn’t until his sophomore year that he truly decided to pursue baseball past the high school level. As a senior, he led his team to a Midland A League title in 2016; he earned Mid Wach League All-Star selections in 2015 and 2016, as well as a MetroWest Daily News All-Star nod in 2016.

A coach of Kessinger’s high school team, who coached him during the summers as well, pushed him to email college coaches and get on the recruiting radar as early as possible.

“I made it a little harder on myself [during the recruitment process] by not emailing as many coaches as I should’ve or telling as many coaches that I was at their camps and things like that,” Kessinger said. “I broke my ankle sophomore year and so I didn’t think I was ready, so I didn’t really go to any camps that year. Sophomore and junior year are the big years for Division I recruiting.”

UMass stuck out to Kessinger during his college search and after an unofficial visit, it quickly became the frontrunner. The 5-foot-8 outfielder believed he had a chance to play right away, and after sizing himself up to the current roster, he thought he’d be able to compete and hold his own, thinking, “this could be a spot I can see myself playing for four years.”

But once Kessinger found himself competing for a spot, it wasn’t at all how he intended for it to go.

“Going into it, I didn’t expect much; I didn’t have a great fall. I was thinking I might get cut at the very beginning, just because of how I was performing — I wasn’t doing that well,” Kessinger said. “I think I was just nervous and I wasn’t performing the way I thought I could offensively. Defensively, I was just a little nervous.”

At the end of the fall, Kessinger filled out a preseason evaluation about what he thought his role on the team was going to be. His guesses ranged from pinch hitting to pinch running, two roles in baseball that don’t have much impact.

“I really didn’t expect to do what I ended up being able to do.”

The then-freshman went on to be named to the Atlantic 10 All-Rookie Team after finishing the year hitting .301, scoring 19 runs and driving in 16. Kessinger posted a 12-game hitting streak, the longest of the season, running through almost the entire month of March.

He hit 10 doubles and a triple during the season and played in all 24 A-10 matchups, batting .284 to earn his spot amongst some of the best rookies in the league.

Kessinger got in contact with former UMass coach Mike Stone and impressed scouts at showcases before his first unofficial visit to Amherst. He toured the school and fell in love with it, prompting an official commitment his senior year.It was at an American Legion game that Kessinger received a text from his dad, informing him that Stone had announced his retirement at the end of the 2017 season.

“It’s just the end of an era for UMass baseball, something to move forward with, so I was kind of stuck,” Kessinger said. “I committed to the school and I was there — I was ready to give my full effort to the school. I just decided to stick it out and it worked out for me.”

Despite his great respect for Stone, Kessinger said the team was ready for a new coach. The sophomore found himself amongst four upperclassmen — Cooper Mrowka, Ryan Lever, Scott Hovey and Brett Evangelista — chosen to help interview potential coaches for the upcoming season.

After interviewing each candidate and deliberating together as core members of the team, Matt Reynolds was at the top of their collective list.

“Now I think there’s a revitalized energy within the locker room and all the guys are happy and the culture is changing. I think we’re ready for a new era of UMass baseball,” Kessinger said before the start of the 2018 season.

Before this season started, Reynolds pegged Kessinger as a “fierce competitor” after just a few practices with him. He took note of Kessinger’s tendency to “wear his emotions on his sleeve,” which the first-year head coach believes can work for him, but also hinder him as well.

Reynolds hadn’t even seen Kessinger play yet, and still considered him to be a sparkplug on the team, a battler that is hard to register that third strike on. He saw the respect the team had for Kessinger right away, despite only being a sophomore, and knew it was because of the “type of competitor he is on game day.”

“He’s a guy that, when the bell rings and it’s time to go, he’s going to be the guy that just, however he is feeling that day, whether he thinks that he’s on or off, he’s going to give you every single thing that he has,” Reynolds said. “I think the returners know what he’s capable of, even though he’s young, I think there’s a level of respect for somebody that came in as a freshman who was really able to contribute quite a bit to a program that wasn’t all that successful.”

Reynolds said he was expecting big things out of the Massachusetts native for the 2018 season, while also hoping that the team followed his competitive example.

Kessinger clings to the idea that “your rookie season is not supposed to be your best season, in any sport.” He acknowledged that he now would have to deal with other teams knowing who he was, his tendencies at the plate and other scouting information that could influence how they pitch him.

“There’s an added pressure, but I’ve tried to get better myself,” Kessinger said before the season, “so I hope that me getting better is able to negate whatever other teams try to do or whatever pressure I’m putting on myself.”

Evangelista considers Kessinger to be someone he can trust in the outfield. Whenever he sees a hit go down the line or into the gap, he believes Kessinger will get there more often than not.

The senior recalls when Kessinger stepped up for the first time, dating back to the 2017 season-opening trip to Florida. The then-freshman went 3-for-4, scoring two runs and driving one in against North Dakota State before going 2-for-5 and scoring three runs in a win over Bucknell.

“It was amazing, he wasn’t initially going to be in the lineup because we had a previous teammate get [suspended], so he kind of got the first start,” Evangelista said. “His Florida trip, I think he ended up .450 or something, and we were like, ‘Oh my god, we’ve got the best freshman in America.’”

UMass had one of its best starts in years in 2018, registering a 6-4 record through the first 10 games of the season as the program showed a glimmer of promise after a disappointing 15-32 finish in 2017.

Since then, the success has slowed down as the Minutemen are currently 12-21 overall and hold a 5-13 record in A-10 play. Still, Kessinger has proven to be an important part of the team, building off of what he started last season.

Kessinger currently leads UMass with 19 RBIs and has a team-high two triples. He’s registered 33 hits through 32 games this season, which counts as the third-most on the team.

“I try to be able to help my team in whatever way that is, if they need a defensive replacement for me or if I need to come in late in the game, whatever the case may be,” Kessinger said. “We just need to win more games and I’m willing to do whatever it takes, whether it be from a statistical point of view or from a leadership point of view.

“I just want to be able to help the team win, and that’s the main goal.”

Evangelista recalls how no one expected Kessinger to produce as a freshman, but his consistency set an example and he earned the respect he was given. Now, with a whole season under his belt, Evangelista believes Kessinger is already at an upperclassman level and can keep improving.

“I always call him ‘little buddy.’ I think of him as a little mini-me,” Evangelista said. “We kind of look the same — same height, same baseball style, speedy around the bases and all that — so we’re always off the field together hanging out. Good guy.”

The senior-sophomore friendship benefits both their baseball abilities in addition to having good company. Kessinger looks to Evangelista in the outfield as an upperclassman example and someone to learn from.

“[Evangelista] is such a good guy to look up to because he’s just a fun-loving guy. He never gets too emotional and that’s something I strive for every day — to be more like him in that way,” Kessinger said. “He doesn’t take any of the failure badly — he takes it the way it should be. I look up to him for that reason.”

Kessinger has posted a .275 batting average so far this season while scoring 11 runs, tied for the third most on the squad. The lefty is tied for the second most stolen bases with three swipes, thrown out for the only time this season on Sunday.

With 11 regular season games remaining and the possibility of finishing with a better record than last season still on the table, Kessinger believes that the new attitude within the squad will continue to drive the team through the rest of the year.

It’s apparent now that baseball was in the fact the right choice for Kessinger. 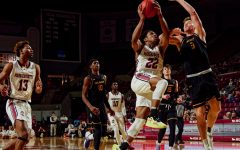 Despite win over Albany, Frank Martin is far from happy with his team 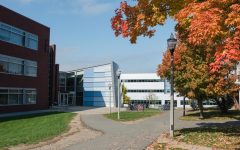 The College of Engineering celebrates its 75th anniversary 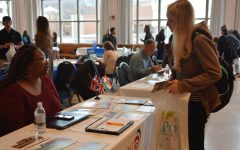 The International Programs Office can help you study abroad 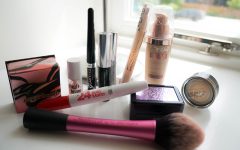 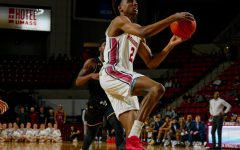 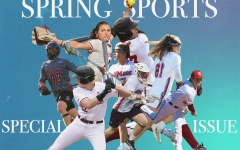 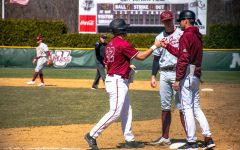 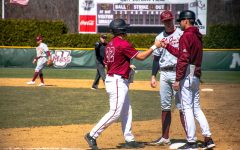 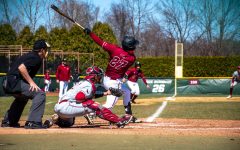 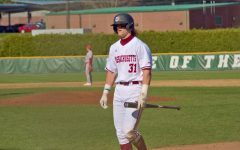