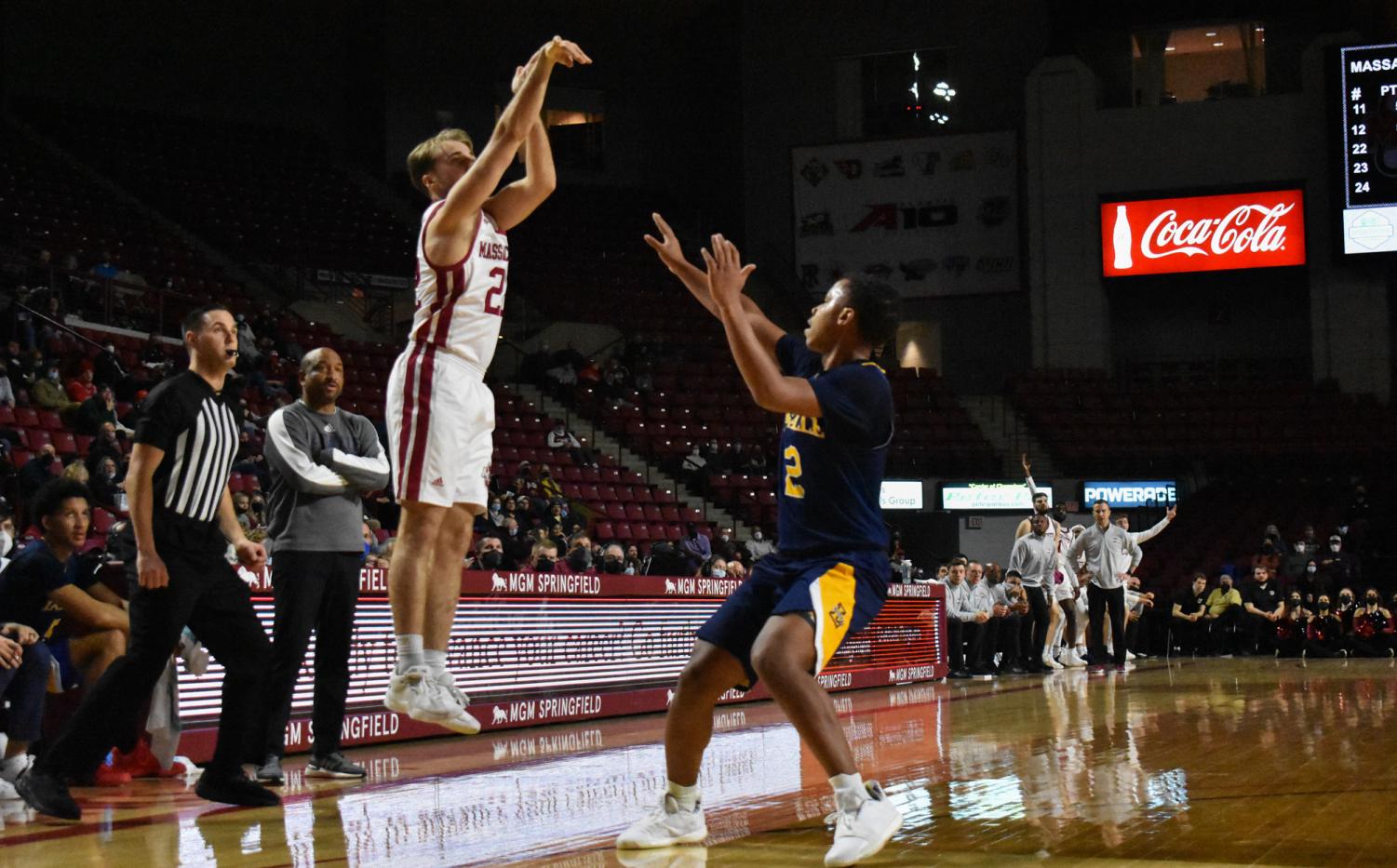 How Rich Kelly crafted one of the nation’s best shots

Kelly is shooting 47 percent from three

It’s a gym with two hoops that haven’t been renovated in years, a backboard that is frozen in time from the 1970s and a parquet that’s seen more life than Rich Kelly and his brother John combined. It’s in the town over at the Derby Veterans Community Center. A 10-minute drive from his house and Rich goes to work with John, putting in the hours behind the scenes perfecting his shot.

Kelly simulates every in-game motion he can when he’s in the gym. He’ll fake out an imaginary defender, beating him to the spot and drilling a 3-pointer by the wing. This all happens inches in front of the three-row bleacher section of the three-quarter size gym. The countless 3-pointers he drills in succession at the gym aren’t just a result of luck, they’ve been a work in progress since he first touched a basketball.

Dennis Kelly knows more than anyone how much his son worked on his jump shot over the years. After being a Division-I referee for a number of years, Dennis decided to start up his own basketball business: Dribble Drive Basketball. It’s a player development business with the end goal of helping kids enrolled become a better player, especially by becoming a better shooter.

“The methodology is just to really understand the process of shooting from feet to release,” Dennis said. “There’s an aspect of repetition through muscle memory. Confidence comes from that mastery of skill so [shooting] becomes a natural thing.”

With a parent who has such a deep background in the game of basketball like Rich has, he made sure not to waste any advice his dad would lend him growing up. From an early age Dennis was giving Rich tips on the intricate details of shooting a basketball, teaching him and his brother drills and techniques on how to master their jump shot.

Before workouts, practices and games a constant in Rich’s routine dating back to when he first picked up a basketball has been working on his form shooting. It’s a drill his dad instilled in him from a young age.

“[My dad told me] that every time you step on the court you need to go right next to the rim and form shoot and get your mechanics down,” Rich said.

Over the years form shooting hasn’t left his side. When Rich falls into slumps, he goes back to the basics and works on his form making sure his mechanics are in check. Recently, he added an element to his form shooting warmup in order to hold himself to a higher standard.

“Now when I form shoot, I only count swishes,” Rich said. “If you swish everything [in warmups] and [the shot] is a little off in the game, the ball still goes in.”

Rich and John play at that community center court any given day of the week. While they work together in the gym, Dennis films them with his camera on the side of the court. John and Rich switch off roles, one feeds passes and fetches the rebounds and the other one has the chance to shoot.

John collects the rebounds of Rich’s shots and fires them right back to him. Rich steps out on the left wing of the 3-point line, catches the pass from John at his chest and lets the next shot fly, repeating this cycle until he is satisfied with the results.

A missed shot is clearly noticed. The industrial rim results in the clink that echoes throughout the court to a disgruntled Rich who turns back to the half court line and goes through his routine. He makes his way back to the same spot. Not an inch closer to the hoop.

He sets his feet, jumps forward and releases the shot holding out his right arm confident that it’s going in. The ball swishes through the net and Rich heads back to the half-court line and does the process over and over, making sure he’ll never hear that clinking noise again.

The hard work behind the scenes doesn’t get noticed for such a gifted and talented shooter like Kelly, but the results always do. When Kelly drained a season-high six threes against Penn State in the third game of the season, fans at the Mullins Center erupted. His effortless jump shot and NBA range from beyond the 3-point line was easy to root for. But the journey behind that jump shot was unknown to many.

Kelly’s jumper is a product of constant tooling around and evolving as he searched for ways to improve it. He’s tried shooting with a higher release point and he’s done the opposite as well, trying to manage where the perfect spot is to let go of the ball on his shot.

“I am always experimenting and [saying to myself], ‘Should I try this? Should I do that?” Kelly said. “I’d say my sophomore year [of high school] I really took over my shot and development and my dad just gives me little pointers at this point.”

His high arching shot created by a lower release point using more of his feet to create a longer range wasn’t calculated by the fans. That calculation and effectiveness from long range started far before he hit six 3-pointers against the Nittany Lions.

Back at the community center gym Kelly tweaks and manages his jump shot figuring out whether to get a higher release, use more of his feet, change the positioning of his hands on the ball and do anything better to improve his shot. Plenty of times it’s been to the dismay of his dad.

“[My dad] would get mad at me every time I changed [my shot] because I was always a good shooter, but I’d be like, ‘I need to get to the next level’ so I’d make an adjustment,” Kelly said. “And usually when you make an adjustment you take one step back and two steps forward.”

Kelly doesn’t change his shot once in a blue moon, he tries to change it in every single season of basketball he plays. That’s been a theme throughout his whole career, dating back to his days of playing his final prep year at Cheshire Academy. After his high school playing career at Fairfield Prep ended, Kelly left high school with no D-I scholarship offers.

“I was a Division-III recruit [coming out of high school],” Kelly said. “I did a post grad year at Cheshire Academy and I had a coach named Kevin Kehoe and he really believed in me.”

Kehoe and Kelly only worked together for one season, but it was a year where Kelly made huge leaps in his game and where he got the confidence to play freely out on the court. Outside of his family, there wasn’t anyone doing more than Kehoe to vouch for Kelly getting offers from D-I schools.

“He was calling every coach on the East Coast telling them they should offer me [a scholarship],” Kelly said. “None of [the colleges] wanted to listen, and at a time when I needed someone to believe in me, he really did. That year really propelled my career.”

Kelly’s shot was already developed at such a high level when he stepped into Cheshire Academy, the only problem was that no one recognized it. His shooting fundamentals were pristine.

The balance of his feet placed on the court. Consistent formation of the letter “L” with his elbow. Assuring that his non-shooting hand didn’t dominate his form. Releasing his shot with his middle finger of his right hand to replicate the same backspin on every shot. Kelly’s shot was already a work of art in his final prep year playing under Kehoe.

“He’s a machine,” Kehoe said. “That really comes from that he’s been taught how to shoot probably shortly after he started walking. He’s just perfected [his shot]. DNA and God did nothing to teach him to shoot. Hard work taught him how to shoot.”

Kelly was the main playmaker for Kehoe in the one year he played under him. The ball was constantly in his hands in crunch time and down the stretch of games when things were close. Teammates trusted him. They didn’t envy his dominance, they accepted it and fed off it.

“[Kelly] was always closely guarded and had to elevate [his jump shot] more,” Kehoe said. “When I coached him his release point was higher. I think the reason being is that he had the ball in his hands more with me.”

“The only bad shot he took was the one that he didn’t take.”

Three seasons at Quinnipiac, then one at Boston College and now Kelly used his last year of eligibility to play at UMass. He’s tinkered with his release point to where he’s now releasing the ball at a lower place than earlier in his career. He’s also improved the strength of his legs, which empowered his shot to have longer range.

“You never get to the point where you’ve got a perfect release,” Dennis said. “The distance that Rich has is connected to his ability to elevate and his release point. The further he moves out, the lower his release point and he has more energy in his shot.”

Over the years the release point got higher. Defenders got longer with their wingspan and the threat of a blocked shot increased. He’s never been the tallest kid on the court. Kelly stands in at 6-foot-1, 175-pounds and isn’t poised to dominate you with the length of his body on the floor. His length comes through the range of his shot and he’s changed it to account for taller defenders in order to generate more space.

At UMass his release is slightly lower than what it was in years past. He releases the ball just below his dominant eye which creates for a lower release point. He’s shooting a career-best 47 percent from beyond the arc and ranks 12th in the nation in 3-point shooting. He has accepted a different role in the team than in years past. With Noah Fernandes playing as the dominant ball handler, Kelly developed his game off the ball, and he’s had to be efficient with the chances he’s been given.

When the final chapter of his college career with UMass ends, the game of basketball won’t be leaving Kelly anytime soon. His sights are set on playing professionally somewhere; whether that’s in the U.S. or overseas is unknown. One thing is for certain though, Kelly plans to change his jump shot again in the summertime.

“My dad’s going to be pissed and I don’t care because I am going to be an even better shooter next year,” Kelly said. “I get pretty low on my jumper right now because I gained a lot of strength in my legs when I shoot but it takes a little longer to get off than I would like.”

“I’m thinking about quickening my leg release and getting less of a leg bend and more of an explosive jumping motion. Kind of like [Stephen] Curry, you see him barely bend his knees, but he has a quick knee flex.”

UMass takes on George Washington in its first game of the Atlantic 10 tournament and its potentially Kelly’s final game as a college athlete. He’s not thinking about that though, or his jump shot.

“[I’m] just going to enjoy it because I’m never going to have this experience again.” 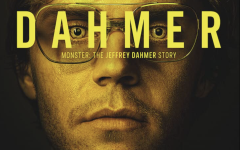 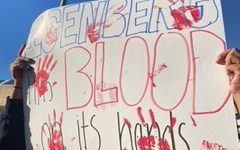 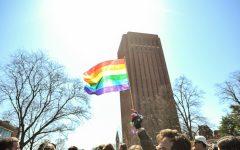 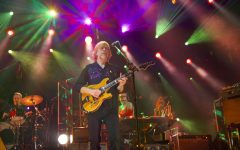 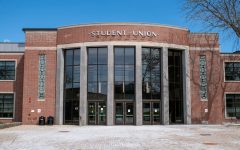